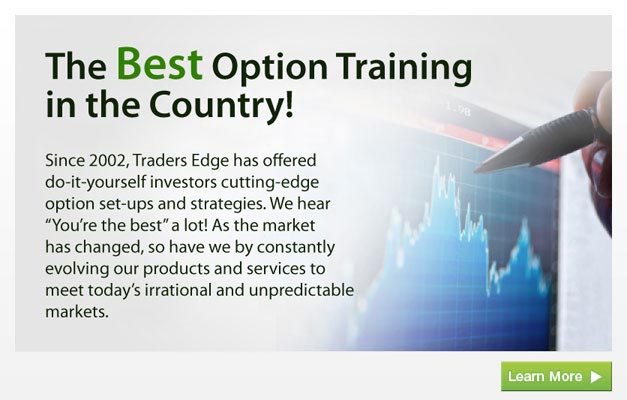 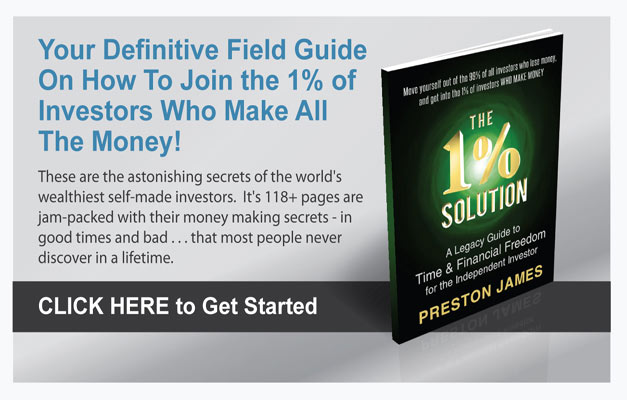 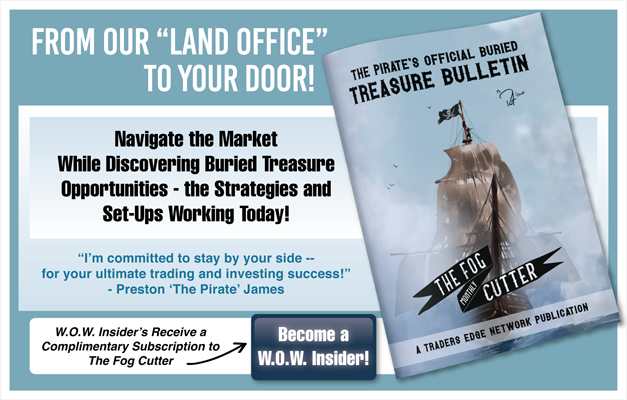 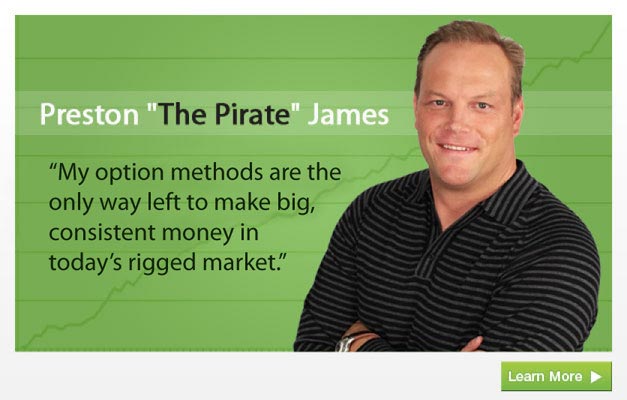 My friend Mark Cuban is known for many things, but not many people are familiar with his acumen in the markets. His best trade may have been one that saved him from losing his fortune. Long before he became owner of the Dallas Mavericks, Cuban used a collar trade to lock in profits from his $5 billion-plus sale of Broadcast.com to Yahoo at the height of the dot-com bubble. The trade gave Cuban exposure to some upside but limited the downside in a position where he could not sell the stock due to a lock-up period prohibition. This is obviously an extreme example, but it underscores for all of us the value of collar trades in situations where you must own the underlying asset. They can be designed in a variety of ways to protect positions and/ or profits.

One of the great things about being a retail trader is that you usually don’t have to hold onto such positions. For example, a bull call vertical spread has essentially the same profit/loss profile as a collar, without the necessity of owning the stock. The margin requirements are also significantly lower on a call spread than on a collar. (See our Education section.)

Still, there are other lessons to be learned about the Cuban trade, including the concept of the zero-sum game. This is an idea that trips up a lot of new players in the option market.

If we flip a coin and you get $1 on heads and I get $1 on tails, that is a zero-sum game. But people use options in different ways and for different reasons, so it is far more complex than that. For example, we recently could have bought an SPY March 128 call for $4, with the SPY trading at $126. On March 1, 2012, it was worth $10 when the SPY was priced near $137. So the call buyers profited and the call sellers lost, correct? Well, not necessarily.

Certainly the outright buyers profited if they held the calls. They made $6 on a $9 stock move, equating to a 150 percent option profit. Even as time decay accelerated, the calls went further into the money and produced profits.

But if sellers simply treated the trade as a covered call, they profited $6 as well, earning $2 on the stock move up to $128 and a $4 credit for selling the call.

The call seller could also have been delta-hedged, which is what market makers do. When you buy a call the other side of the trade is almost certainly a market maker who immediately hedges the sale with stock. Such hedged positions essentially equate to selling the implied volatility of the stock and collecting the actual volatility—making a profit on the difference between the two.

The implied volatility of the SPY options at the end of 2011 was around 22 percent, while the actual volatility last week was less than 8 percent. So the dealer who sold the call and delta-hedged it also made a very nice profit.

This goes to show that just because one person turns a profit on options doesn’t necessarily mean that money was lost on the other side of the trade. Of course, being realistic, it is entirely possible that both sides lose on the play as well.

That’s why it’s so misleading to call this a simple zerosum game.

Jon ‘DRJ’ Najarian is co-founder of optionMONSTER® and co-lead analyst for the InsideOptions™ trade idea alert systems. He spent the first 29 years of his trading career trading in and around the pits of the Chicago exchanges. Jon is a frequent contributor to CNBC, the Wall Street Journal, and other prominent financial media organizations. Mr. Najarian also co-developed the patented trading algorithm the Heat Seeker®, used to detect unusual trading activity.

Musings from the Editor:
Buy and Hold—Not so Much…

Death and taxes…two things assured in life, no doubt. Right up there would have to be…advice. Doesn’t matter the issue, you can count on receiving advice from some quarter (generally many, and often conflicting) as sure as you can trust the sun rising each morn.

Now some advice is good—truthfully intended for our benefit and more often than not appreciated. Other forms are well intended, but actually of no use—some even nonsensical. Take for instance the advice delved out by many a mother regarding never leaving the house without “clean drawers” on. You know, the “You need to have on clean underwear in case you’re in an accident” spiel. As well intended as that might be, fact is one accident tends to create another, of a sort…or, summed up more precisely by comedian Bill Cosby, “First you say it and then you do it.”

No matter the type, all advice contains some element of being self-serving. And there’s nothing wrong with that. Your mother’s advice is given out of love and is generally selfless in nature, but it still serves her because “she” wants you to be secure and happy in life—that makes her happy. Same holds true for the car dealer selling you a car or the expert providing you with guidance. Sure, any good advice comes at a cost, but you receive value or utility of some sort; both sides receive benefit, which is the very essence of good commerce.

Advice of a Different Sort

Then there is the advice that goes beyond the selfserving nature of marketing and that can be extremely detrimental…even dangerous. The type of advice that is misguided at best…some would label it downright deceitful. Knowingly or not, the advice is often condescending and cynical at its core, yet couched as if for our benefit.

There’s a fair argument to be made that the “buy and hold” approach long perpetuated by the financial services industry and on Wall Street is a classic example of just such advice. No doubt that sounds a tad incendiary and conspiratorial, but that’s not my purpose here nor do I view it in such cynical fashion.

That said, I do think it’s fair game to question the buy and hold approach—put it to the test, as it were.

Who does it Serve?

The message varies, but in general the overall argument is premised on the fact that over the long haul the markets have invariably gone up. Given that the all-time closing-level low for the INDU was 28.48 back in 1896 and the all-time closing high of 14,164 was set in October of 2007, that fact is incontrovertible.

In that light, it would appear that buy and hold does indeed hold water. Notwithstanding inevitable periods of volatility or decline, a person should expect to be duly rewarded over time for simply buying and holding shares of quality companies.

In fact, that’s been the coordinated mantle of the financial services industry for many years now. They have effectively created a collective marketing message that kindly instructs the mass assemblage of unsophisticated investors that they need not worry themselves with
matters financial. In a real sense, the message has been and remains “leave it to the pros” amongst many on Wall Street. For good measure (and our benefit…lol) they also tell us we can’t make money trading or investing on our own… but that’s another discussion altogether. Self-serving tripe if ever I’ve heard any… but I digress….

Back to the numbers, a move from 28 to more than 14k is indeed impressive. What those numbers don’t show is the price action in the intervening century. The INDU traded to a pre-depression closing high of 381.17 in September 1929. Within a couple years time it erased nearly four decades of gains. The INDU wouldn’t close above the 381 mark until 1954, some 25 years later.

Don’t know bout you, but holding for 25 years to get back to even (which actually doesn’t account for inflation) is beyond my comprehension or capability. I would most certainly have cried uncle…most likely at the least advantageous time. I suspect there are more than a few peeps who’d have acted in similar fashion.

But that was all an anomaly due to the depression, correct? Not so much… We’ve endured numerous periods of range-bound movement and a fair number of decade-plus bear markets in the interim. Objectively, we’re in one now. Even accounting for some impressive upside moves to record levels in 2007 and good rebound action from the market meltdown more recently, the SPX is still under water from 2000. In fact, the index returned a negative 18 percent between 2000 and 2010. The good news is the SPX is currently up nearly five percent from the 1257 close at the end of 2010… Sizzling!!!

K, enough jest…you get the picture. Simply stated, there have been myriad periods where buy and hold doesn’t work in the practical world. Fact is that at a certain point it’s no longer prudent to hang tough…it ain’t arm wrestling. In fact, one of the first things you should have learned as a trader or investor is that you never enter a position without having pre-determined a prudent stop—simple trade and account management.

Back to the point of assessing buy and hold, the bigger issue is the fact that such an approach is one-sided. Yet the markets move in three-dimensional fashion—up, down, sideways, chop, reversion to mean, etc. Sometimes they move with conviction and more often than not they languish and chew up the same ground.

That being the case, it would seem folly to come to the table armed with a single strategy, the success of which is predicated on markets going up. Moreover, relying on a “wait it out” approach as a stopgap just seems…painful— very much like watching Lucy pull back the football on Charlie Brown over and over…

And, correct me if I’m wrong, but isn’t the point to make money? So why wouldn’t you arm yourself with multiple strategies, each optimized for the different types of action we see in the market. More to the point, each fashioned to work with specific trends over different time frames. Hmmmm…what’s a good way to put that concept so it makes sense? How bout “the trend is your friend?” Naw, it’s just not catchy enough—no one will ever use it. I’ll work on it…….

Bottom line, markets move where they will and at their own pace. Sometimes it’s pretty predictable and at other times…not so much. This simple fact tells me you have to apply different tactics for different market conditions and always stand ready (anticipating) to adjust your strategy accordingly…end of story!

Were it only true that a simplistic one-size-fits-all scenario, such as buy and hold, could deliver returns capable of securing our financial well-being. If so, we could all call it a day and go hit the beach, a favorite trail or manage to drop that handicap to single-digits.

Well, now that we’ve debunked it, we can surely expect the buy and hold proponents to leave us be. Color me jaded, but I don’t see that happening. Seems peeps just can’t stand to pass up the opportunity to dole out advice, no matter how misguided it might be.

My advice (c’mon, you knew it was coming)—check your drawers on the way out the door…

Louis entered the biz in the late 80s and spent over a decade working as a trader, instilling him with unique insight into trading and the markets. In 1998 he switched gears to become the group editorial director for a large network of award-winning, trading-focused newsletters. In 2002 he became the founding editor-in-chief for two financial trade magazines—each served approx. 40,000 independent financial advisers nationwide. He’s appeared on business TV, in the business press and on numerous biz-focused radio programs in the past. He writes market commentary and analysis most days and trades on a daily basis.